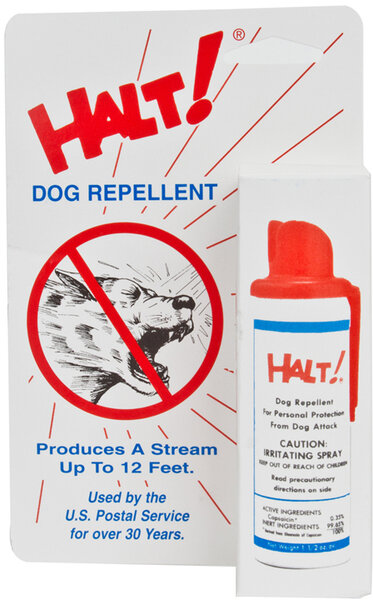 Who knows more about dog attacks that the mailman? Letter carriers have had to deal with aggressive dogs since Claudius Polonius was delivering rolls of parchment to citizens of the Roman Empire. So what do the experts use to repel dog attacks? Well, the U.S. Postal Service has been using Halt! Since 1966. You might say they have been conducting field tests for over forty years. Halt! Products use Capsaicin, a naturally occurring extract of peppers, which, when sprayed in a dog's face, causes only temporary, but extreme discomfort for the dog. Think of it as attitude re-adjustment. Halt! Stops dogs in their tracks, giving you time to move out of danger. Halt's pressurized spray is accurate up to 10 feet.